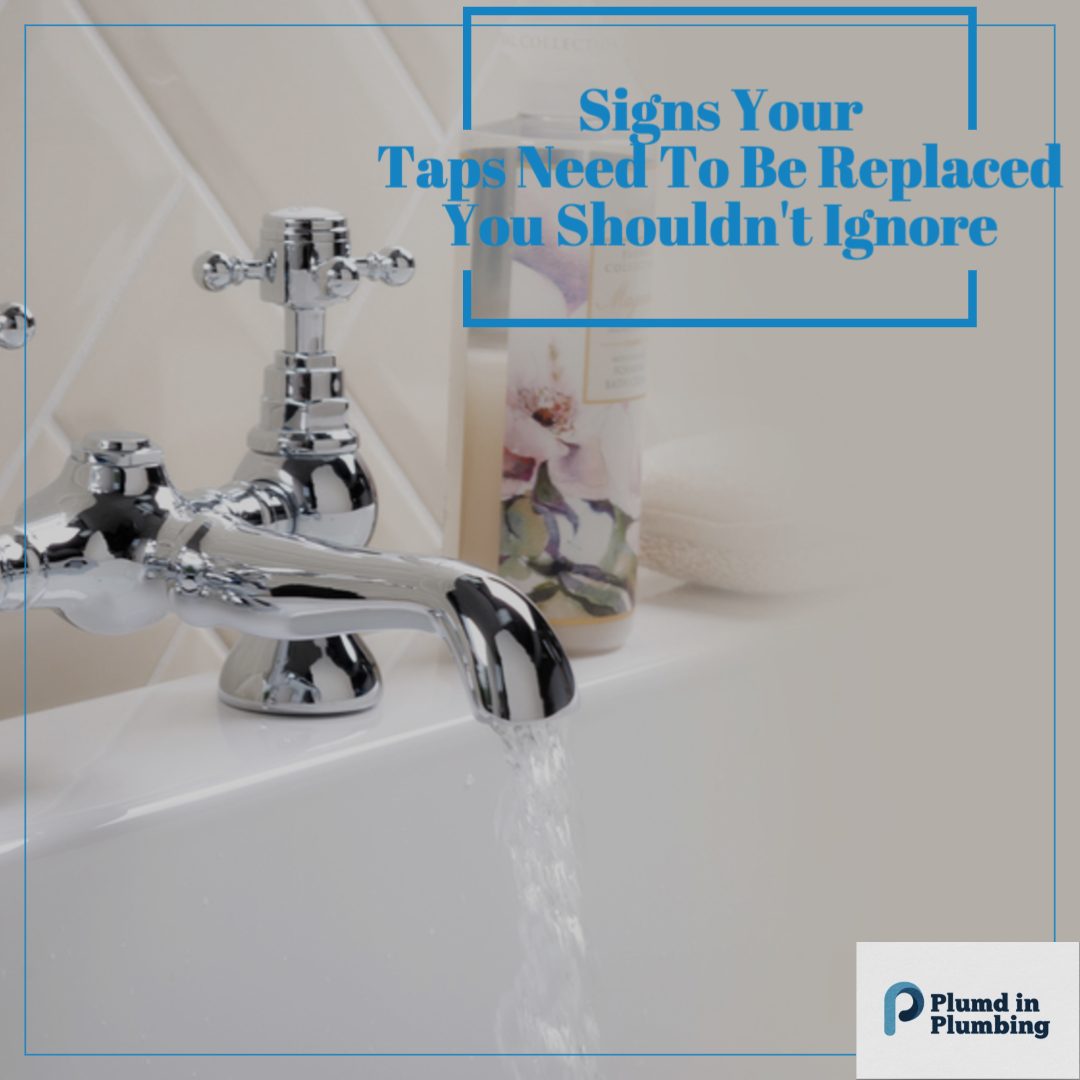 Posted at 02:29h in Blog by Plumd in Plumbing Writer 0 Comments
0 Likes
Share

Taps can make or break the look and feel of your bathroom, laundry and kitchen. Unfortunately, faulty taps can erode your fixtures without you even realizing it. They are also a big waste of water. By the time a dripping tap has dripped for 10 minutes, it has wasted just under half a litre. If the tap drips for an hour and a half each day, it will waste just under two litres in a week. In a year, that’s over 24,000 litres of water!

Even if you do not have dripping taps, this blog post will shed light on the telltale signs to look out for when your taps need replacing.

Taper taps are self-repairing as they will automatically adjust if the water pressure is too high. However, if this happens, it may be time to replace the tap. The same goes for ballcocks which, if they get blocked, will cause the bowl to fill slowly.

If you notice surface cracks in the basin, this could be a sign that your bathroom taps need replacing. The cracks may be due to the wrong type of joint being used. This will eventually cause the sink to separate completely and crack. If left, this could lead to a leak.

If you notice rust on the tap body, this is another sign that your bathroom taps require replacing. The exposure to water will have caused iron to oxidize. Even if you try to scrub it off, chances are you may end up scratching the surface.

4 – Discolouration around the tap

Although this problem may not be apparent, it’s still worth mentioning. Over time, tap components can discolour and deteriorate. This is also a sign that they will require replacing.

This is another sign that your bathroom taps need replacing. If you notice that your water pressure is lower than usual, there may be a problem with your toilet, shower or bath. The problem is that if you do not replace the tap, you will end up with low water pressure. This can be frustrating and the reason why many people choose to replace their bathroom taps altogether.

We all know that water makes strange noises, but if you find that the taps are making an odd noise, this could mean that they need replacing. If this happens, the problem is most likely down to the ballcock, which is responsible for regulating the water flow.

These are some of the telltale signs that your bathroom taps require replacing. If you notice any of these signs, you should contact a local plumber for advice. However, if you already know that your taps need replacing, it may be best to replace them altogether. The trick to getting a plumbing system that will last is to work with a reliable plumbing company.

If you are looking for a Northern Beaches plumber to help you replace your taps, come to Plumd in Plumbing! We offer plumbing services in Sydney, more specifically The Northern Beaches. Contact us today!